STEPHEN IN THE MEDIA 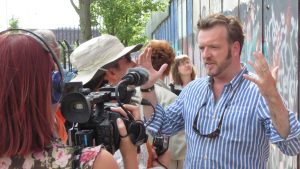 For 20 years Stephen McPhilemy has been the most prominent Tour-Guide in Ireland, particularly in the media.*

His knowledge, passion and humour on the subject of travelling through Ireland is much sought after by media outlets who seek a local expert with strong opinions… and a sense of humour!

Below you will find resources and links to Stephen McPhilemy in Podcasts, Newspapers, Radio and TV.

TO BOOK STEPHEN FOR INTERVIEW OR GET A QUOTE FOR YOUR BROADCAST OR PUBLICATION: 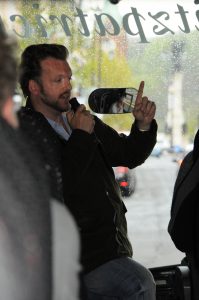 Contact us here If interested in Stephen McPhilemy spicing up your broadcast, publication or speaking engagement with his unique style of intelligent, and often irreverent, Travel expertise.

*Editors note: Stephen received his post-graduate Journalism training  at the Universty of Ulster Journalism School, where most class-members went on to prominent roles in the BBC. But he quickly decided a conventional journalist lifestyle -strict deadlines, stressed editors and no freedom to travel spontaneously – was simply not sexy!

However, Stephen did integrate his media skills into his tour-guiding and travel career 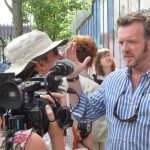 Stephen introduce his hometown of historic Derry (Londonderry) at minute 14:32, tells the story of Fionn McCool and the Giants Causeway at 20:32 and waxes lyrical about the Carrick-a-rede Rope bridge at 22:36

A fresh-faced Stephen appears on minute 16:27

Stephen with the much loved Hotel-guru Francis Brennan, at the re-launch party of his beloved Guesthouse, Milltown House – Dingle

Stephen describes the feeling of bringing Milltown House back to life. Although nothing to do with Dingle, Stephen used this article to mention the Kurdish Peshmerga who’s fight agains ISIS he particularly admired at the time.